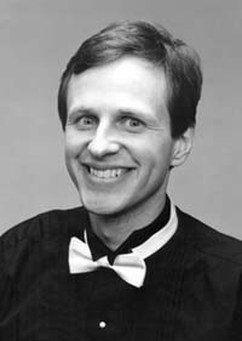 Applause Unlimited cofounder, Christopher Hudert is a versatile artist whose skills include script writing, sculpting, set and puppet construction, puppetry, clowning, stilt walking, juggling and much more. He began his career in theater at an early age, performing with The Children's Theater of Children and Puppetfest Productions as well as other area companies. Christopher soon put his Theater Education studies on hold to attend Ringling Bros Clown College. Offered a chance to join the Circus, he accepted a clown contract which took him on tours across the United States and Japan. A 9 year veteran of Ringling Bros. & Barnum & Bailey Circus, Christopher has performed live for millions and appeared in TV shows, commercials, magazines and newspapers in both countries. He was Boss Clown for Ringling Bros. before leaving the show to join Master Puppeteer Terry Snyder in the creation of Applause Unlimited. He has returned to Clown College as an instructor and has given lectures and workshops on both clowning and puppetry throughout the country. Christopher is the Stage Consultant and the Youth Services Coordinator for Puppeteers of America and serves on the Board of The National Puppetry Guild.
Powered by